In October 1962, when there was still plenty of steam activity at Ashchurch on both the main line and branches, the Dowty Railway Preservation Society (DRPS), a section of the Dowty Sports and Social Society, was founded and acquired items of railway interest for preservation in the sidings, with the wholehearted cooperation of Sir George Dowty, founder of the Dowty Group.

The railway sidings used by the Dowty Group at Ashchurch were connected to the ex-Midland/LMS Bristol – Birmingham main line on the up side.

This was – still is – a very busy main line with lots of express passenger and freight workings. The sidings had been put in originally by the Midland Railway to serve its horse provender stores building. 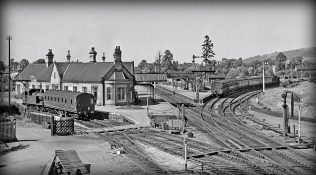 By the 1930s the building was used by the Cotswold Packing Co. for packing fruit from the nearby Vale of Evesham, then Birds Custard had it for a while, before it was incorporated in the Cheltenham – based Dowty Group of engineering companies which started operating at Ashchurch in 1941.

At this time, Dowty’s were paying rent to BR for use of some of the sidings in the yard.

The DRPS was able to announce on 11 December 1962 that it would rent the end portion of five sidings, which needed to be fenced off before the arrival of rolling stock. 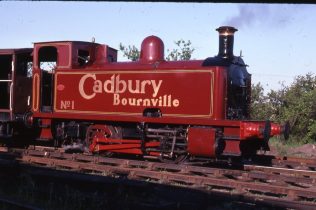 The site closed down sometime in the 1980s and the society moved to Toddington on the Gloucestershire Warwickshire Railway. 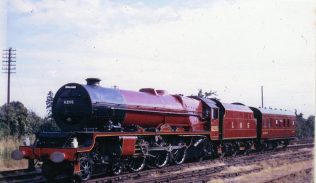