As well as residing at Arle Court, Sir George Dowty also had property on the Isle of Man.

He owned a DeHavilland Dove Aircraft similar to this one based at Staverton Airport, Nr. Cheltenham which he used for his private and business travels. 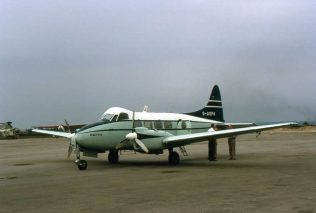 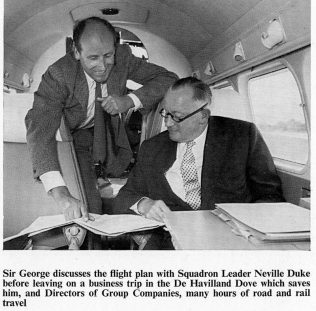 Sir George Dowty & Neville Duke on board the Dove Aeroplane.

Neville Duke was a British test pilot and fighter ace of the Second World War. He was the most successful Western Allied ace in the Mediterranean Theatre, and was credited with the destruction of 27 enemy aircraft