The Dowty Group’s interest in mining dates back to the mid-1940s when Sir George started looking into industrial applications of the hydraulic technologies that he had mastered in the world of aerospace.

Initially, the production of mining props was being carried out by Dowty Auto Units but in 1954 Dowty Mining Equipment was created.

In 1956 a new factory opened at Ashchurch, Nr. Tewkesbury 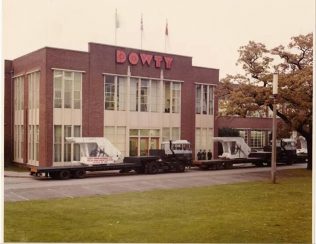 From the development of the first hydraulic pit-props, Dowty expanded into more advanced longwall roof support systems, adding conveyors to the mining portfolio in the 1960s.

Dowty pit props were used all over the world and in 1958, Dowty Mining Ltd (Canada) was created to manage sales in Canada and USA. 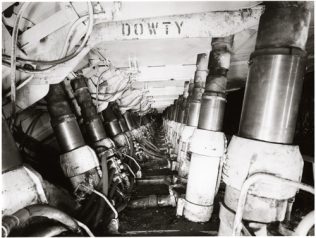 From this, complete control systems for operating the self-advancing roof supports, conveyors and cutters were developed. 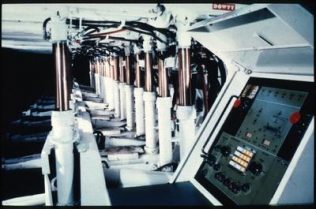