Sir George Dowty not only left his mark on the Aerospace, Mining and Industrial businesses with his innovative products, his mark has also been left within the communities where his operations were based.

Even today, there are sports teams who still have Dowty in their name, there are houses and roadways with the name also; here are some examples:

The Pavilion is the home of C3 Church, a not-for-profit charitable company and has been extensively renovated.

Built originally in remembrance of Sir George Dowty as the Dowty Sports and Social Club, it is now a multi-purpose venue, very popular for community events, sports, business meetings, confere​nce and staff training courses with a room called “The Dowty Room” 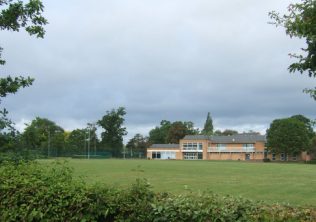 The Squadron was founded by Sir George Dowty, Chairman and founder of the Dowty Group of Companies in 1952 for the benefit of young apprentices employed by the company. The Squadron spent the first six years as a Detached Flight of 125 (Cheltenham) Squadron until in 1958 it was granted full Squadron status and by this time it was enrolling cadets from outside the company.

Local Roads – Named after Sir George Dowty and his business.