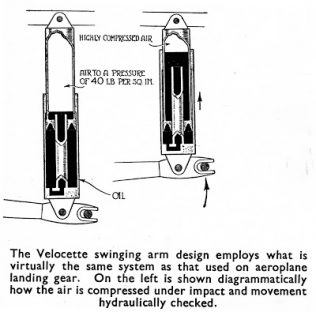 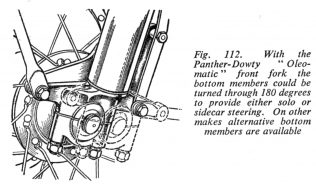 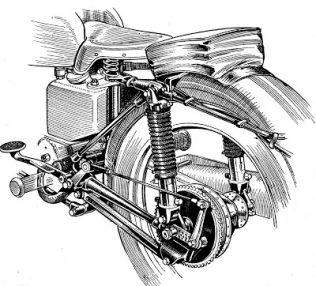 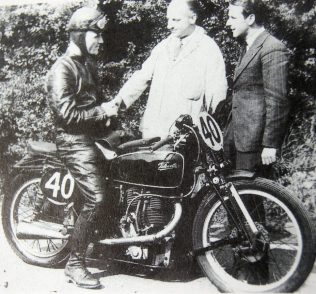 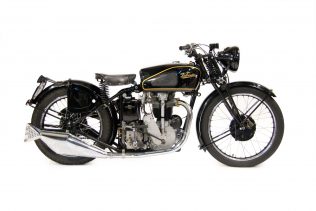 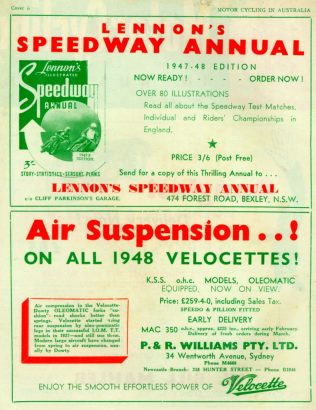 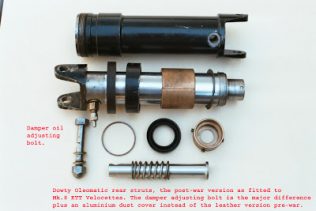 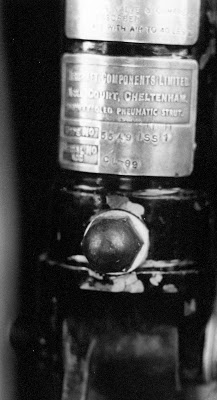 Dowty was happy to supply the experimental motorcycle-sized Oleo shock absorbers in 1936 for Veloce and the following year went into limited production for the rear units on the production Velocette MkVIII KTT.

Following WW2, they used the same principles to build ‘Oleomatic’ front forks for motorcycles, as used on Velocettes in 1948, as well as on Scotts and Panthers. 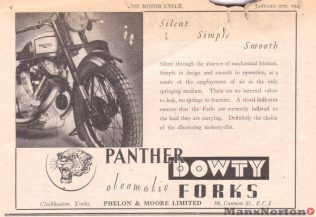 As the gas seals for the Oleomatic forks were prone to failure after tens of thousands of miles of hard use, all these factories designed hydraulically-damped telescopic ‘spring’ forks along the lines set down by BMW in 1935.

This became the industry standard, but ‘air forks’ and ‘air shocks’ are technically superior, and became the standard for performance motorcycles from the 1970s onwards. 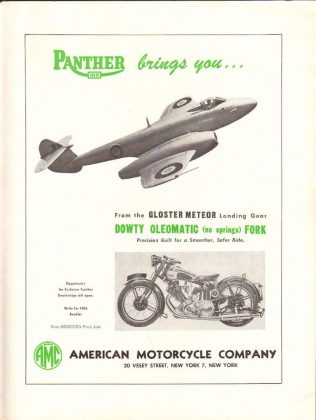 All because of a brainwave by a rather eccentric genius in Birmingham named Harold Willis, and the willingness of an equally visionary George Dowty to try something new.