When Worcester's MECO works were bombed in WW2

On Thursday, 3 October 1940, a lone German aircraft bombed Worcester and dropped its bombs at low level on the MECO works, in St John’s, and then afterwards machine-gunned the area. 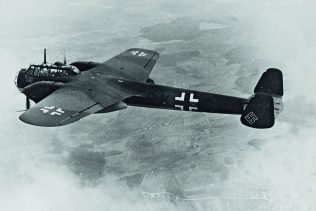 Seven employees were killed, and more than 50 injured, three seriously – it was the only time people in the city were killed by German bombing. 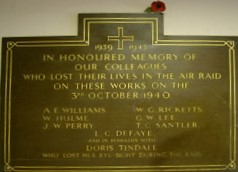 
Worcester-based historian and author Dilip Sarkar believes this was not a random bombing and that the factory was deliberately targeted.

His research, which includes looking at aerial reconnaissance photos taken by the Luftwaffe and German records from WW2, leads him to believe that this was “a well executed raid on a specific target.”

The raid took place at the end of the Battle of Britain, when German commanders decreed that “nuisance raids on London and important industrial targets should be made in all weathers, by single bombers or fighter-bombers, in order to give the enemy no rest.”

This particular “nuisance raid” took place on a Thurday lunchtime – and the target was the MECO (Mining and Engineering Company) works, on the Bromyard Road in Worcester.

The Worcester News & Times (as the local newspaper was known at the time) were quick to gather eyewitness accounts, which featured in their late edition on the day of the raid.

J R Hadley told the paper that he saw the bomber flying at a height of about 300 feet (90m) drop four “high explosive bombs”.

18-year-old D Clarke was working inside the factory when the bombs fell: “I was working about ten yards from the canteen – after the explosion everything fell all over the place.

“All exits were blocked except one.” he told the paper.

Another dramatic account came from 16-year-old Ronald Roberts, who was sleeping in a nearby house, after a night’s work, and was blown out of bed by the force of the explosion.

He later found his shoes at the bottom of the garden.

Two women, Mrs Cram and Miss Binns, told how after the bombing the aircraft returned to machine-gun the area, including a children’s playground.

Dilip Sarkar personally interviewed Terry Hulme, whose father was killed at the MECO, and who was 12 years old and playing with friends in hopfields at Bransford at the time of the raid:

“We heard aero engines very low, looked up and saw a Ju 88 approaching at 300 feet from the direction of Malvern.

“It whizzed over us popping off a few rounds of machine-gun bullets, so we ran like hell for home… the aircraft was so low that the crew were clearly visible in the perspex nose.

“At home I yelled to mother to take to the Anderson shelter at the bottom of our garden in the Broadway.

“We were half way there when a stick of bombs exploded on the MECO, causing a sheet of yellow flame.

“We were nearly knocked over by the blast.”

The MECO works originally produced equipment for the mining industry, but, early in the war, it began to make surge drums for barrage balloons.

Dilip Sarkar’s research also shows that the factory was camouflaged at a cost of £800 (£33,000 in 2009) – another indication that it was seen as a possible target.

Production at the works stopped for five days after the raid, and nearby houses were also damaged.