Dowty Hydraulic Units was located at Arle Court, Cheltenham after moving from its old works In Ashchurch in the 1950’s. 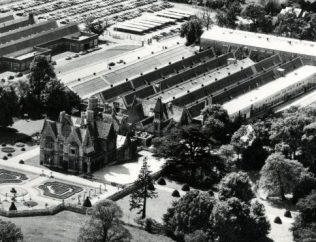 Dowty Hydraulics was a leading British manufacturer of aircraft equipment. The company manufactured hydraulic and actuation systems, advanced propeller systems, turbine engine components and tubular systems, as well as owning the Hamble aircraft structures business and was also a market leader in the manufacturing of mining systems solutions.

TI Group acquired the Dowty Group in 1992, and there were further changes in business ownership and structure when, in 1993, the TI Group sold off seven former Dowty Group companies that then formed Ultra Electronics.