On 9th April 1970 at 09:02 hrs, an aircraft owned by Dowty Group Services, a Dove HS 104, Series 8, Registration G-AVHV was “positioning” from Luton to Pendeford Airfield, Wolverhampton to pick up passengers for a flight to France. 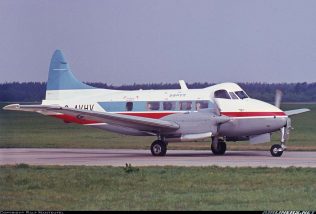 Weather conditions at Wolverhampton were poor and from the evidence available, it appears likely that the Captain experienced difficulty in positioning the aircaft for landing.

Whilst making the third attempt to land, the aircraft stalled and struck a house in Redhurst Drive, Wobaston estate approximately 600 yards from the aerodrome and caught fire. 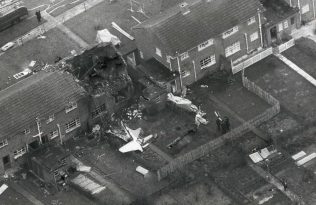