Dowty Apprenticeships were considered to be one of the best in the country and all apprentices were employed by Dowty Group Services who were then transferred around the Dowty Group Companies for broader training and experience. 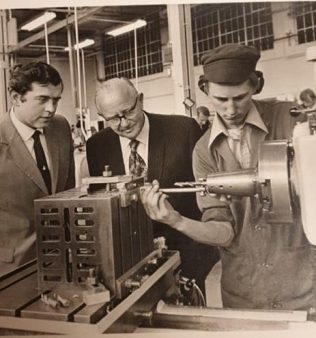 The majority of Dowty Sites had their own Apprentice Training School, this was where all apprentices would spend at least one year being trained on the machine tools and learn about basic aspects of engineering, they would also make some of their own tools. 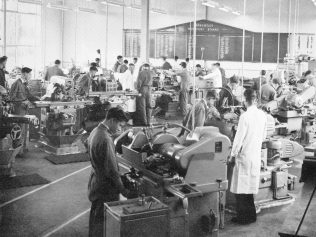 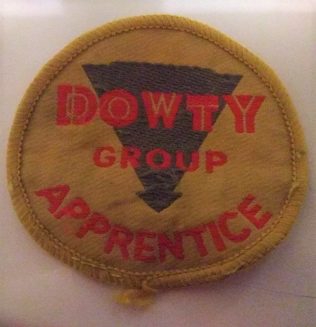 Apprentice Badge that was worn on a Green Boilersuit Overall

During the 1970’s, the government created The Engineering Construction Industry Training Board (ECITB) which was set up to ensure there were enough trained people to meet industry needs. It gave professional advice and offered skills development and qualifications to help individuals in the sector succeed in their chosen careers. 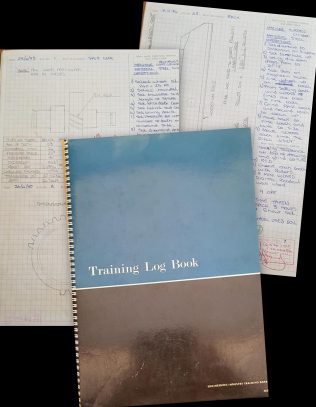 Apprentices started maintaining an Engineering Industry Training Board (EITB) Logbook, these logbooks recorded their progress through the various engineering modules that were required to be taught and understood, Apprentices would meet with their training Assessors to discuss their work and understanding. 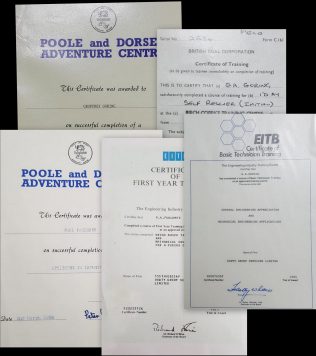 George Dowty’s policy of training his own skilled engineers called for its own Training Department in order to manage over 700 apprentices serving their 5-year apprenticeships. 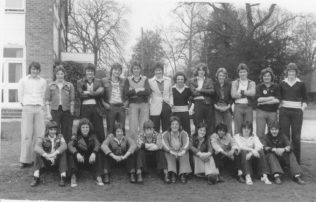 After their first year basic training in the Apprentice School, apprentices would then for the next four years be transferred around the Dowty Group sites to gain experience and specialise in the machine shops or design offices before they qualified. 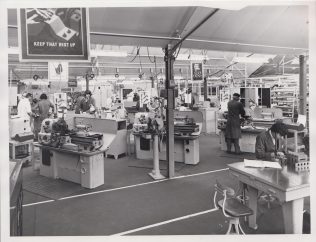 In 1997 a former student apprentice Geoff Smith was appointed Deputy Chief Executive of the Dowty Group, through Messier-Dowty joint venture with Snecma. Geoff had began his career as a Dowty apprentice in 1968, and held senior positions within Dowty, Lucas and Messier-Dowty.

The Apprentice Training Department would often arrange visits off site to other organisations, such as Filton at Bristol to look at Concorde being manufactured.

Some Apprentices were even lucky enough to travel abroad for addiitional experience. 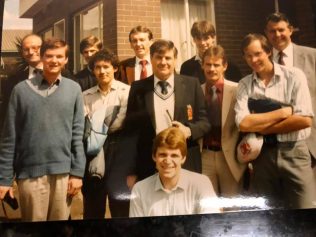 There was an Apprentice Organisation which organised sporting and social functions, such as dances, sporting events often involving all the Dowty Group Companies.

One such dance was held at Coventry Matrix Hall, the band was Status Quo in their hey day, with hits like … “Pictures of Matchstick men”… whatever happened to them!