It designed and built a couple of delta-wing jet-engined aircraft for research work and continued to tender designs for official requirements. 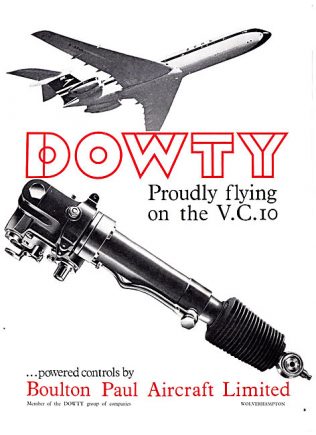 In 1970 The company name was changed to Dowty Boulton Paul Ltd.

The company was by then a member of the Dowty Aerospace and Defence Group of companies. 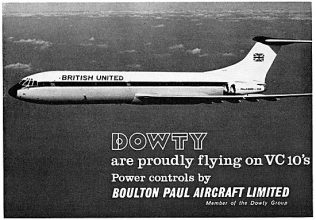 In 1991 Dowty Boulton Paul, along with others was grouped again as Dowty Aerospace with the acquisition of the group by TI.

In 2000 TI sold the company to Smiths and becoming part of Smiths Actuation Systems Division in 2001.

In September 2009 GE sold the actuation business of the former Dowty Aerospace at Pendeford Lane, nr. Wolverhampton to Moog but refused to sell them the factory and land it occupied.

It is still unoccupied, while GE have carried out a number of environmental clean-ups.

Moog operated from the site while it built a new factory on the I.54 development site off J2 of the M54 – moving there in 2012.