Donald Campbell and the Dowty Connection

We recently received a message from Geoff Garfield, a retired employee who worked in various companies within the Dowty Group for 37 years, he has just celebrated his 80th Birthday in Western Australia where he has lived for 20 years.

Geoff shared a story with us which we thought needed to be told.

About 100 miles from Bunbury, in Western Australia where Geoff lives, is a place called Dumbleyung, a classic W.A. country town, peaceful and as neat as a pin, located 38 kilometres east of Wagin adjacent to Lake Dumbleyung and on the main road to Esperance. 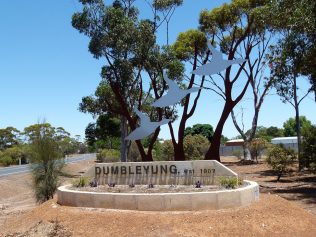 The town was established in 1907 and was originally named Dambeling which is of Aboriginal origin. Dumbleyung is a variation of the former name.

The town shot to international fame in 1964 when Sir Donald Campbell captured the world water speed record travelling at 266mp/h in his Bluebird K7 Speedboat on Lake Dumbleyung, which is situated there. 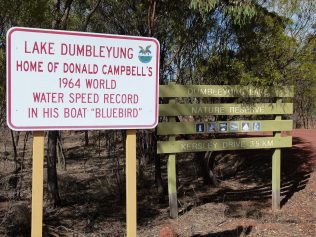 A full sized replica of Bluebird is on display in the Town Centre . 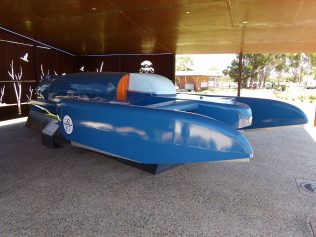 The connection with Dowty is that Donald Campbell met his wife Tonia Berne a Belgium Caberet Singer at The Dowty Apprentice prize giving at The Cheltenham Town Hall in 1958. 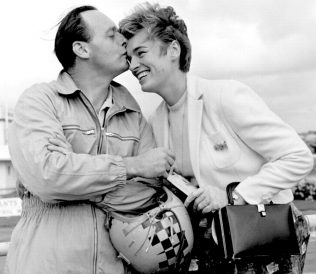 Donald Malcolm Campbell, CBE was a British speed record breaker who broke eight absolute world speed records on water and on land in the 1950s and 1960s.

He remains the only person to set both world land and water speed records in the same year.

Sir Donald Campbell, was killed when his Bluebird Speedboat went airborne and crashed while in the middle of a world water speed record attempt on 4th January 1967 at Coniston Water, Lake District, UK.